Happy Monday everyone! We are excited to announce that our new coupon store launched over the weekend. Our coupon store, which can be found through the Boston Finds page or running through any of the Your Town pages on Boston.com offers high quality local coupons from our clients. 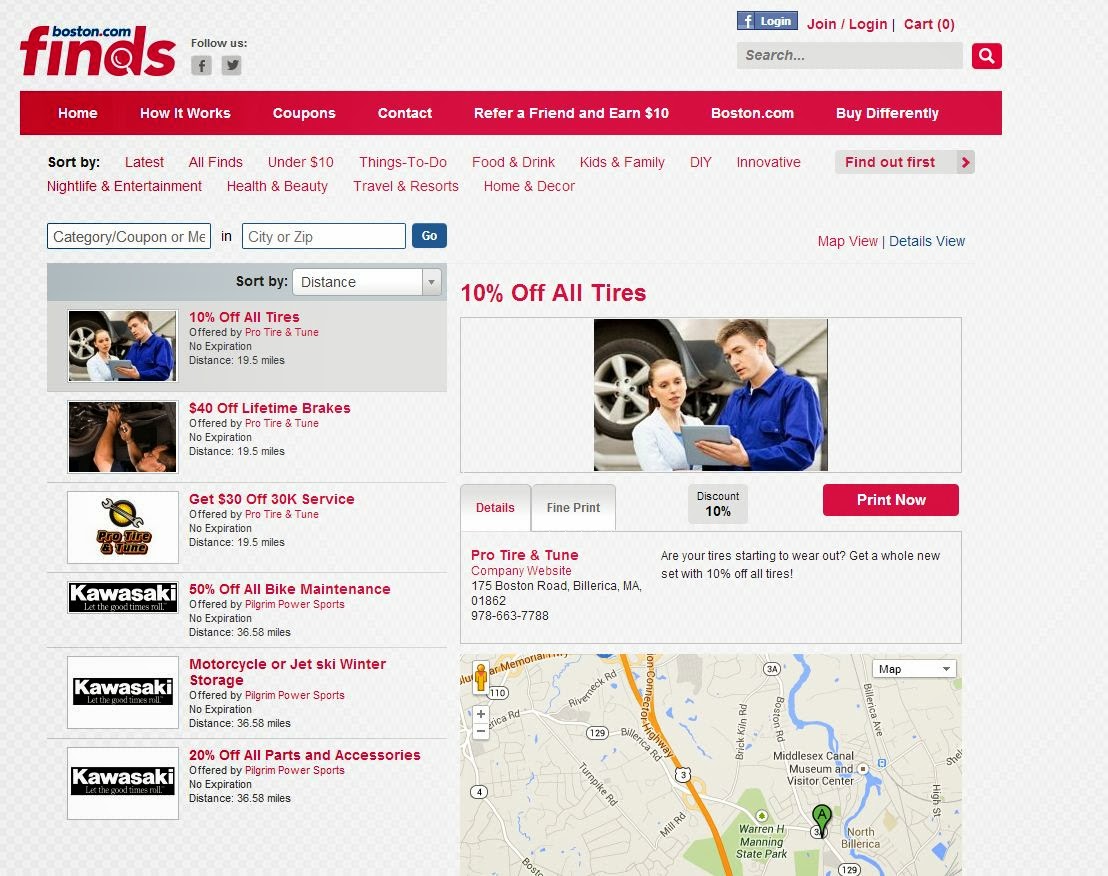 Here's what you need to know...

What is it? The coupon store is an online store of coupons from a variety of local businesses.

How do I find it? You can locate the coupon store two ways.

How do I use it? If you find a coupon that you like in the coupon store hit the "print now" button. This will then give you the option to email the coupon to yourself or print it out. You don't pay anything for printing or emailing the coupon, it's all free! 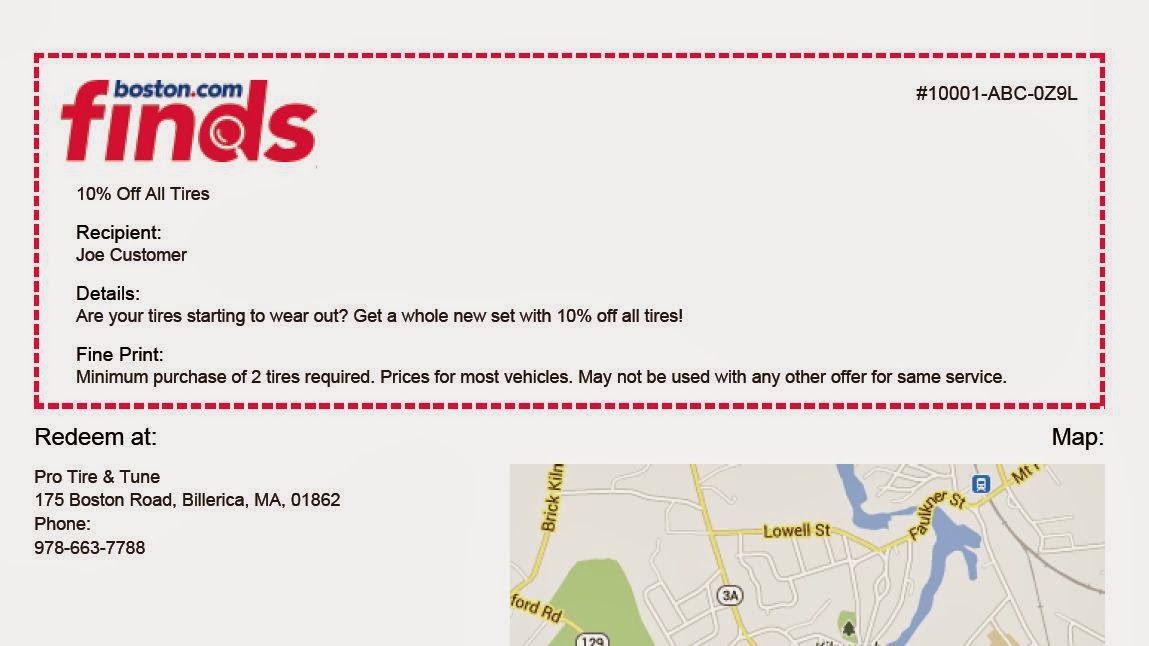 Let's Go Red Sox: How To Capitalize On The World Series

Over Here at the LocalAxis office we have caught Red Sox fever! As the Sox progress in the 2013 World Series it seems like everyone around town is cheering for Boston and sporting their favorite Red Sox gear.

While we are thrilled our team is doing so well we can't help but take a marketer's perspective on the World Series and try to capitalize on the Red Sox success. A great way to support the home team and get your audience engaging with your brand is by offering photo contests. Why, you might ask? Because simply  stated people love their teams and people love having their photos featured. By creating a photo contest or just asking people to share their favorite photos supporting the team catches audience attention, makes them feel important when they see themselves featured and keeps their interest. These people are more likely to pay attention to and engage with your brand as well as talk about and share your brand.

LocalAxis asked Red Sox fans to send in their pictures of them showing Red Sox support. Below are a few of the pictures we have received so far. If you would like to be included in our gallery send pictures to [email protected] with a subject line Boston Red Sox.

Our team had so much fun last week at the Small Business Expo in Boston. The Small Business Expo is the largest nation-wide B2B tradeshow, conference and networking event for small businesses. As a marketing agency that specializes in small to mid sized businesses, the convention last week at Hynes Convention Center was the perfect place for Local Axis. We met a ton of great people, made some new business connections, learned about various business topics at the conference and had fun along the way. We also gave a way some awesome prizes! 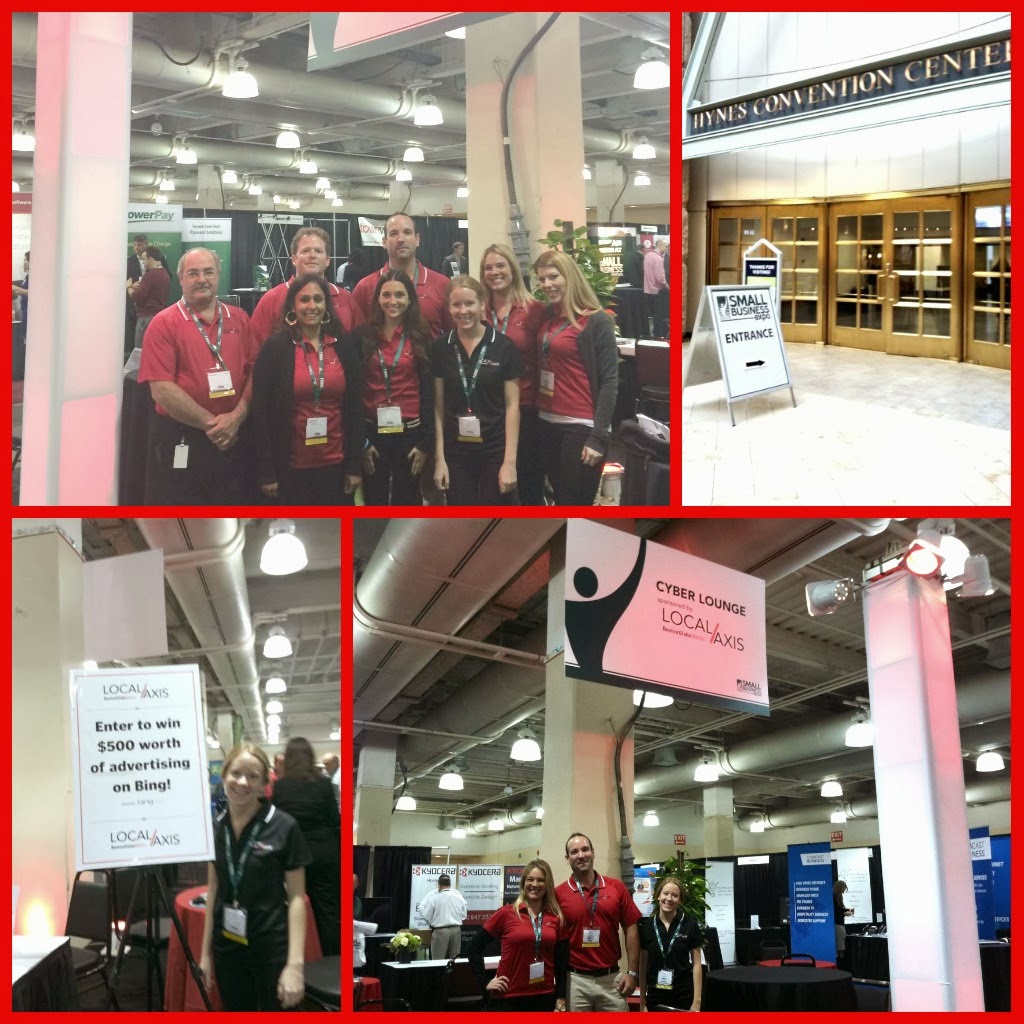 Instagram is a social media platform based on sharing photos in real-time.  It has been largely accepted for personal use, but only 123 of all Fortune 500 companies have Instagram accounts. This opens up a perfect opportunity for your business to get ahead of the game and tap into Instagram’s photo sharing as a marketing strategy.  We’ve put together three tips to help you succeed.

1.       Be Personal. Instagram provides a window into your business. Show behind the scenes photos of putting an event together, employees on the job, or sneak peeks of a new product. Try to mix it up a bit to keep your content fresh!
2.       Use Hashtags. Much like Twitter, Instagram has the ability to participate in a thread through the use of hashtags. Use different ones that are relate to your business but are trending to get yourself on to popular threads. Better yet, if you have a specific hashtag you use on twitter try to use the same one on Instagram for branding.


3.       Launch a Competition.  Everyone loves being a winner, and setting up photos contests on Instagram is a great way to get engagement while promoting your brand. Companies like Mercedes-Benz and Walgreens have done a great job utilizing Instagram  to get customers reaching out though Instagram to win various promotions.

Check out the Instagram For Business Blog for more ideas! http://business.instagram.com/blog/
Posted by Unknown at 5:00 PM 115 comments:

The Power Of A Webinar

Webinars are a newer, more convenient way of hosting a seminar where people from all over can participate (given they have internet connection). People can attend from the convenience of their own home, just by logging in and watching. This is something that many businesses are capitalizing on nowadays, and here are just a few reasons why.

First of all, webinars are much cheaper than hosting an actual event because the platform is through the internet and doesn’t require a location. The main expense typically comes with the promotion of a webinar; however, there is no limit to the number of people who can join so the more promotion for attendance the better! Hosting webinars are also great because they help you foster new relationships, especially if the webinars are hosted live. You can take time for questions and really be able to see what is important to the customer, while also informing them of your products and building their trust. You’re engaging the customer past an article or blog post, and if someone has a question about the information you’re providing they can ask you to clarify almost immediately.

Another thing to think about: people who tune in to your webinar could potentially turn into sales leads and customers. If you host webinars on a regular basis, then people may subscribe which could turn into a loyal customer base. Some businesses also market their webinars as a class/”how-to” and charge attendees as a source of income. Finally, following the live webinar, you can break up the recording and post it to your site as podcasts or write it up as a blog post for additional content. So if a webinar is something you never considered doing for your business, take a minute to think all of these benefits! Maybe it’s something that could work for your business too.
Posted by Unknown at 5:07 PM 5 comments:

If you suffer from allergies like I do you can relate to the misery of allergy season hitting before you are ready. Stuffed up and puffy, a panicked call to the allergist is made begging for a new prescription of nose spray or anti-histamine.

Imagine if 10 days before each allergy season your doctor sent out a tweet, a post on facebook and an email alerting you. Instead of being “sneak attacked” by symptoms you could prepare in advance and avoid the dreaded emergency “ I need something to help immediately” call or even worse a rush to the hospital.

This scenario is exactly why doctors have started utilizing social media in a revolutionary way. More and more of them are creating accounts and using them to push relevant information to their patients, share events, and give advice. The outcome is more prepared, informed and connected patients, and less emergency calls for doctors.

So… Is It Working?

In a recent visit to my allergist, my doctor excitedly asked me “are you on social media?” A bit caught off guard I told him that indeed I was and asked why he asked me.  After he informed me of his new Facebook, Twitter, and email push alert accounts we talked at length about what the effects have been on his practice. According to his office records, which track all emergency calls and the full medical history of all patients, emergency calls to his office have dropped nearly 70% since implementing a social media strategy.  What he has found is that the same people were calling each year with emergencies because they were having flare ups from their allergies. Now with his new social media strategy, he updates facebook and twitter with the upcoming allergy aggravates as well as sends push notifications through email to his patients.   As he explained to me, college students and busy working people (the majority of his patients) don't always think to check for themselves when pollen season is coming, or how much ragweed is in the city they are traveling to. Since most of these people are already utilizing social media, the most effective way to reach  and prepare them is through social media. For him, social media has proved in a short period of time to be an exceptional tool for preventative medicine.

Because social media use by physicians for information pushing and treatment is new, we do not yet have sufficient data to conclude on its effectiveness. However, there is no doubt social media will continue to penetrate the medical sphere and in the case of my allergist has already proven to be a helpful tool.
Posted by Unknown at 1:33 PM 1 comment:

Facebook's Free Analytics Tool Is Too Easy Not To Take Advantage Of!

While the number of Facebook “likes” your business has is a good indication of how popular your brand is, it doesn’t always mean your message is reaching these people effectively through this platform. The better indication of how well you are using Facebook is through how engaged your audience is – how many users shared your post through their personal account? Or clicked through to a link? These are just some of the aspects of Facebook you should be watching to judge how well your audience is reacting to the content you post.


Thankfully, there is a Facebook tool named “Facebook Insights” to help make it easier for businesses to measure data from interactions they have with fans on the site. For example, Facebook Insights can help you keep track of how many active users you have as well as where they may be coming from. They even provide an overview graph that includes total likes, friends of fans, people talking about you, total weekly reach, and the dates that you’ve posted. Other helpful data that can help you include:

Overall, the Insights tool is a great way to keep tabs on how interested your Facebook fans actually are in your business. The number of “likes” your business has becomes less relevant if none of your fans are engaging with the content you post. Take a look at the Facebook Insights page to find out more about what it can do for you – it’s free to use, so why not?